Lunch with Leaders with Elizabeth Peterson of TV6 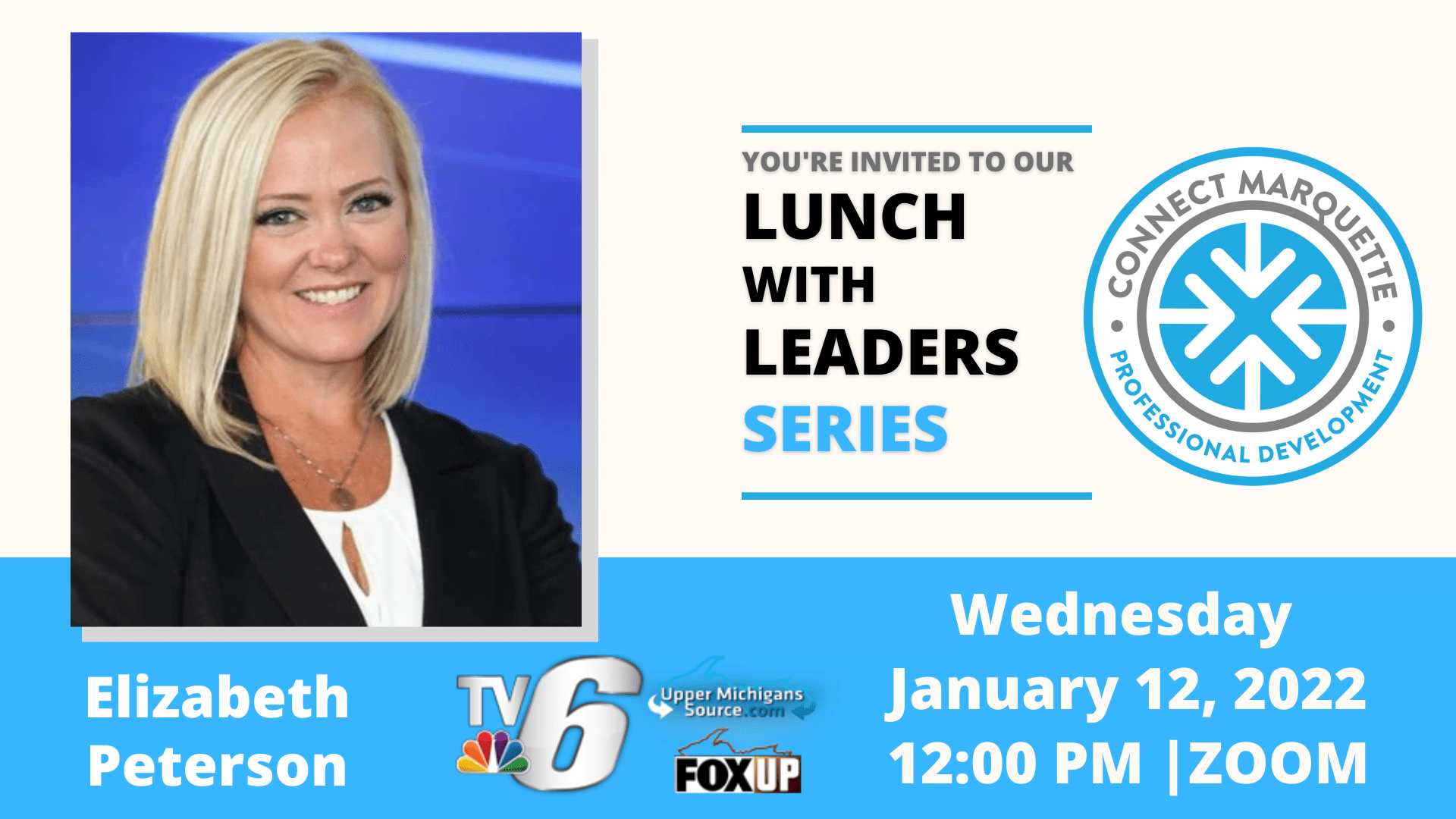 Elizabeth Peterson, Morning News Anchor for TV6 will be joining us for the first Lunch with Leaders of the year. On Wednesday, January 12th Peterson present a Year of Review for 2021. Spend lunch time on a call with us to recap the year and discuss the future.

Elizabeth Peterson is a TV6 Morning News Anchor. She rejoined the TV6 News team in August 2020.

Originally from the downstate Grand Rapids area, Elizabeth has lived in the Upper Peninsula for more than 18 years. Elizabeth grew up in the television industry. Her grandmother, mother and aunt all held various positions at television stations across the country. Watching them, listening to their stories and spending so much time behind the scenes lead her to pursue a career in broadcast journalism.

Elizabeth was a reporter and anchor for the TV6 Early News and News Tonight from 2005 until 2009. She also worked for a time as a morning producer and as the first producer and anchor for FOX UP News. Since that first stint at TV6, Elizabeth has worked as the executive director of the Greater Ishpeming-Negaunee Chamber of Commerce, sales manager for the Northern Center at Northern Michigan University and most recently as a producer and host for WNMU.

Elizabeth has been fortunate to work with amazing people over the years, people who have shown her a deeper understanding of what the Upper Peninsula and its residents are all about. She’s proud to come back to TV6 with those experiences and use them to guide her through her role as the morning anchor. News has always been important to Elizabeth, but it has never felt more important than it does today.

Elizabeth enjoys backpacking, hiking, traveling and spending as much time as she can exploring the outdoors with her family and friends.

Changes to Lunch with Leaders