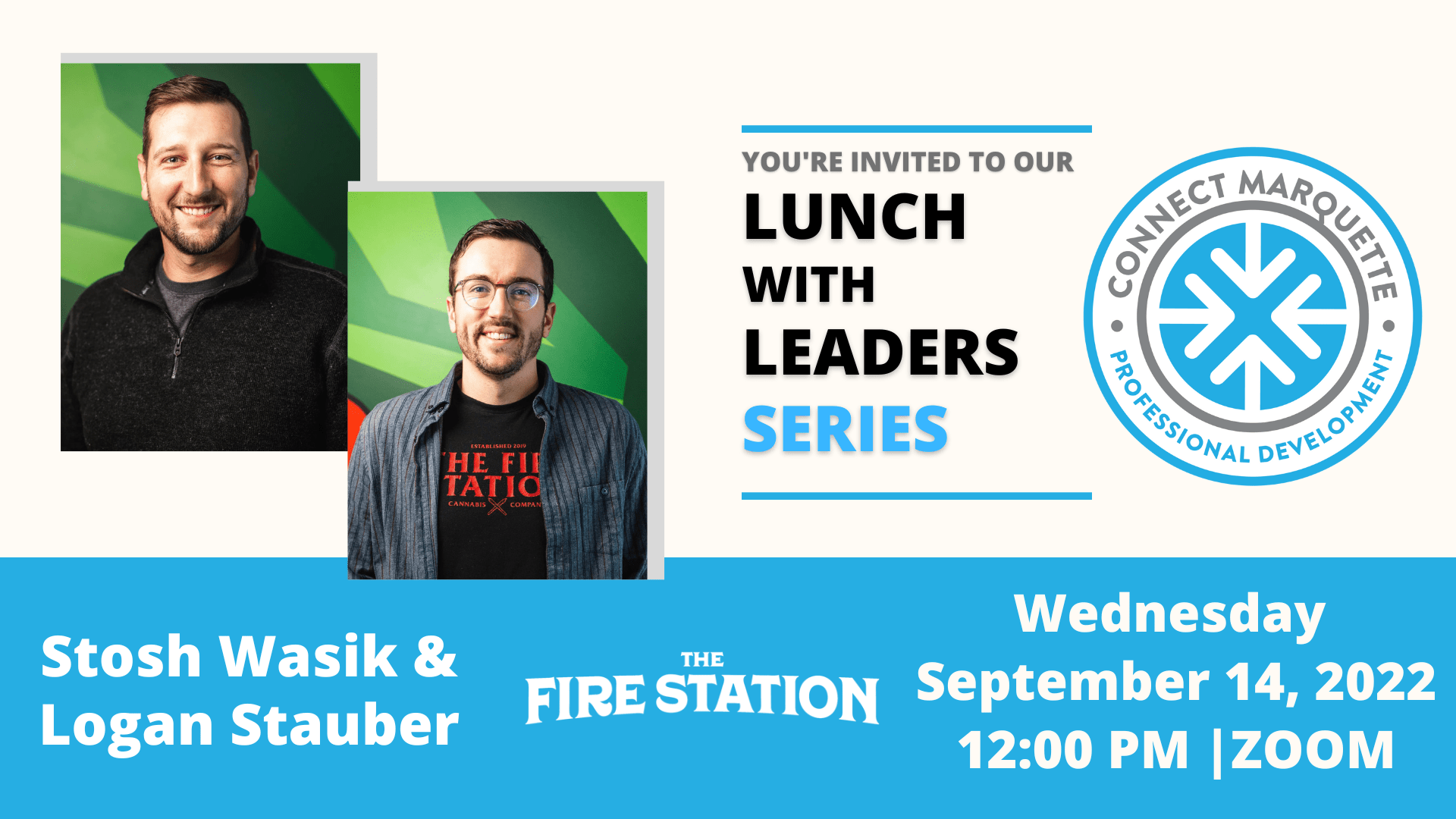 Logan and Stosh opened The Fire Station Cannabis Co.’s first location in Negaunee, Mich. in October, 2019. Since that time, they have grown the company to seven locations, with two additional slated to open sometime in 2022. In addition to their partnership with TFS, Logan and Stosh co-own several additional businesses together.

Stosh Wasik is a co-owner and CEO of The Fire Station Cannabis Co. Born and raised in Marquette, Mich., Stosh has always been committed to leaving a meaningful impact on the Upper Peninsula community he calls home. Stosh graduated with his bachelor’s degree in finance from Northern Michigan University in 2012, and began his very first business venture, Northern Hydroponics, while still a student.

Logan Stauber is the co-owner and CEO of The Fire Station Cannabis Co. Originally from Lake Orion, Mich., Logan moved to the Upper Peninsula to attend Northern Michigan University for his undergraduate degree in entrepreneurship. He was NMU’s 2016 New Business Venture Competition Winner, and he used his winnings to jumpstart his business in the emerging cannabis industry.